For a child, rainy days do not usually bring the most exciting of adventures. They are spent indoors, cooped up, and without fresh air and freedom. A grim forecast during a vacation? Even worse. However, as my brother and I spent sepia-toned summers at our grandmother’s cabin in northern Michigan, a part of me would yearn for just one rainy day sprinkled into the mix of fishing, collecting shells along the beach, and indulging in an Oreo cookie with Grandma Sue. When the rain would speckle the thin, luminous window glass, my mother and my grandmother knew just the thing to keep two rambunctious forest urchins occupied for a few hours of the day: and his name is Indiana Jones.

Oddly enough, Indiana Jones occupies a treasured yet unusual memory from my childhood trips to Grandma Sue’s cabin. I found this “warrior-intellectual” (Trudeau 19), to borrow Canadian poet George Elliott Clarke’s words, captivating, a scholar with the charisma and devil-may-care charm of a Wild West gunslinger. Until my early twenties, the fantasy of Indiana Jones signified what I hoped to accomplish in my life: the marriage of academia and adventure, to follow Indy’s footsteps and become a “warrior-intellectual” (Trudeau 19).

A beautiful and peculiar Baobab tree. 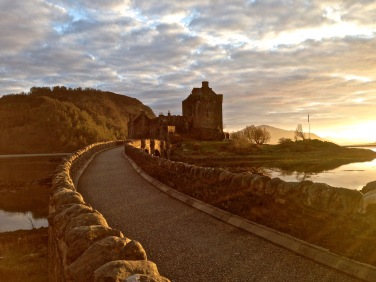 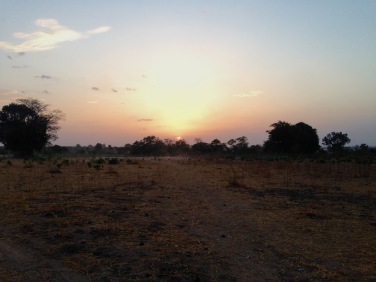 Publicizing my thoughts and intellectual work on this blog as a part of my Master’s degree has certainly engendered an awareness of my privilege as an educated young woman. However, the focus of this course, public intellectuals, forces a reckoning with the responsibility I possess as an educated individual in articulating both the unorthodox experiences I have had and how they relate to the kinds of work the academy produces today. Specifically, I reflect on the disparity between my time as an undergraduate student at one of the world’s most prestigious, multi-cultural, and indeed affluent universities and my brief foray into volunteering with the United States Peace Corps.

In a rather oblique way, Canadian poet and literary critic George Elliott Clarke’s play, Trudeau: Long March & Shining Path and his self-proclaimed “decision to write up [Pierre Elliott] Trudeau — to actually put my words in his mouth” (Trudeau 20, emphasis my own) inspires my reflection on my past ambitions. In a previous life, I dreamed of gallivanting across the world, collecting and preserving the antiquities of other cultures a la Indiana Jones as a dashing, adventuresome scholar. In my naivety, I would wax on about my desire to abandon the “prison” of the classroom (Marshall McLuhan qtd. by Deshaye 2020) to obtain a more “grassroots” experience of the orally-based, more “traditional” cultures around the world I intended to study.

To cite my application to the Peace Corps: “[…] what essays and textbooks cannot provide is a real-world understanding of how theories of the methods and effects of cross-cultural exchange on cultural products apply beyond the classroom and to affect those cultures discussed in a Comparative Literature program. I also find myself wondering who it is taking the initiative to promote change in the areas my peers and I identified as problematic, such as women’s accessibility to education on the global stage. I then realized how this motivation to experience personal interaction with diverse cultures and my educational background could be used to benefit such people. Volunteering with the Peace Corps would provide such an opportunity to apply what I learned at university while aiding those who could benefit from my skills.” The desire underpinning my motivations to embark upon two years of voluntary service in the Peace Corps was, whether I was cognizant of it or not, was to put my words in the mouths of the marginalized people I encountered to enrich my own storytelling. While Clarke articulates the same idea, the thoughts running through my adventure-craving mind were, unbeknownst to me at the time, a bit more sinister in their critical implications.

Much like the heroic Indiana Jones declares, “That belongs in a museum” (Indiana Jones and the Last Crusade 1989), in the guise of the “warrior-intellectual” (Trudeau 19), I too aspired to “preserve” the traditions of the world’s most remote lands and isolated communities. I looked to embalm their words in the jeweled sarcophagus of my own romanticized narrative voice, to archive their stories in the leather-bound notebooks of my private collection.

What I failed to realize was how little those people needed me to be their storyteller, to be their intellectual hero.

In The Gambia, an individual known as a griot serves as the community’s historian, storyteller, and musician. The griot is the keeper of cultural tradition. While I never had the privilege of meeting a griot directly, during my Ngente ― or naming ceremony, which formally welcomed me as a member of my host family ― I do recall an individual who sang during the ceremony and performed an oral narrative. It was then I realized: these people do not need my words in their mouths. The Gambian people had their storytellers; I was just another toubab struggling in the heat of the summer sun. I could never tell their stories with my imperfect grasp of Wolof, with my ability to return to the comfort of an American home after my two-year service concluded.

When describing the various “treasons” an intellectual of color may commit today, Clarke concludes that silence, particularly his own, in the face of “supercilious claims” made by a white woman against a black student is “the rankest treason” (“Treason of the Black Intellectuals?” 1998). My experience as a white, highly educated, reasonably middle-class American woman is in no way equitable to Clarke’s. However, as a burgeoning intellectual, I find my treason to be of the opposite, and perhaps more insidious, nature: I was not silent, daring instead to add my own voice to the milieu of ignorance that contends with an increasingly multi-cultural world. Today, I am careful when choosing my words to express my experiences abroad. I steep my reflections in gratitude and respect, not out of fear of offending given my exceedingly privileged position, but out of genuine appreciation for the diverse people I have encountered who offered me a warm welcome despite our differences, despite whatever intentions lurked beneath the surface of my outward quest for knowledge.

In Trudeau: Long March & Shining Path, Clarke uses his perspective as a Black intellectual in Canada to interrogate former Canadian Prime Minister Pierre Elliott Trudeau, a man whom Clarke identifies as having “loved donning the garb of other cultures: a turban here, a rob there. No Canadian prime minister before or since has associated as closely with the Third World ― or with Canadians ‘of colour'” (21). Yet is his fascination with Trudeau a kind of “treason” itself? Specifically, are Clarke’s dichotomous representations of Trudeau problematic in relation to his role as a public intellectual? Should we even conflate a public intellectual’s person with the work that they produce? Ultimately, these questions frustrate a clear reading of Clarke’s text, particularly in light of my own brief history with cross-cultural encounters and the difficulty that inevitably emerges when attempting to appropriately articulate those experiences as a privileged, educated individual. However, Clarke’s intellectual project in Trudeau: Long March & Shining Path inspires a reconsideration of one’s “heroes”, the “warrior-intellectuals” (19) as Clarke clearly grapples with in his ambiguous representation of Trudeau. Does the public need or desire such figures as the “warrior-intellectual” or an Indiana Jones-like scholar-adventurer? While they may be entertaining on a rainy afternoon, perhaps they are best left in the “theatre of imagination” (Trudeau 15).