“I must go down to the seas again, to the vagrant gypsy life, / To the gull’s way and the whale’s way where the wind’s like a whetted knife…” || John Masefield, ‘Sea Fever’

Each time I go down to the sea I stand as close as I can to the water’s edge. On the days when the sun’s warmth is just enough, I tread into the water up to my knees, eyes lost to the horizon. Like the speaker of John Masefield’s poem, I suffer from an incurable case of sea fever, forever bewitched by the lap of the waves, the brine caught on the breeze. In light of recent events, it may be insensitive to attribute any sort of fever, literal and perhaps especially figurative, to my otherwise healthy body and spirit. Paradoxically, though, I find that my sea fever serves as my cure to the other ills of the world: anxiety, stress, and uncertainty.

This past Saturday I went on a trek to Middle Cove Beach, the early spring sun too enticing to ignore and to sacrifice its charms to my work. While dipping my fingers into the boreal seawater and collecting pebbles, Canadian author Margaret Atwood’s unusual rhetorical question, “Where is here” (7), wandered through my mind. I paused to let this question seep into my skin with the seafoam and sunlight. As I reflected on her words, I found that Atwood’s question can yield more than spatially-oriented answers. Here can indeed be a place but it can also be a moment on a timeline. Here can be a feeling: the sea, the gull song, the smooth stones in my pocket. This is here, now, me. 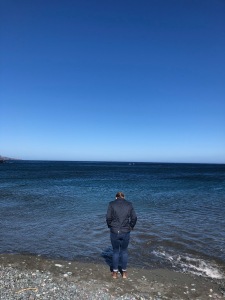 I interpret that Atwood believes “here” to be the unique mindset of the Canadian writer. Atwood poses this question in her essay “What, Why and Where is Here?”, in which she situates specifically Canadian works in the wider canon of Western literature. Atwood seeks the spirit of Canada itself in the texts of her predecessors and contemporaries; indeed, Atwood writes, “I’ve treated the books as though they were written by Canada” (2, emphasis my own). Atwood seems to suggest that the aura of Canada — distinct from its monolithic North American neighbor or its former imperial ruler — derives from its heterogeneous culture and the character of the land itself, which consequently influences the literary imaginations of the writers it creates.

In retrospect, considering Canada as the author of its own narratives, in the manner of Atwood, before attempting to engage with the works on my Public Intellectuals course may have facilitated a reading strategy that engaged with the course texts on a deeper, more meaningful level. In a significant way, I failed as a student. Given my proximity to Canada as an American citizen, I sublimated the Canadian authors’ responses to their national and cultural context to my American frame of reference, a tendency Atwood directly challenges in “What, Why and Where is Here?” I believe that my reading of the course materials signifies precisely what Atwood warns against: conflating North American perspectives and failing to register subtle differences in a way that sacrifices the effective interrogation of the Canadian writer’s particular rhetorical style, further muddying the essence of the Canadian perspective underpinning the narrative. I realize now that my lack of engagement with such close reading stems from discomfort, an unwillingness to tease out even the finest knot of ambiguous meaning or nuanced perspective. Despite my physical travels — my multiplicity of physical “heres” — the Public Intellectuals course exposes the empty spaces within my “geography of the mind” (Atwood 8-9), a geography that could benefit from further development from the literary influence of the Canadian experience of Canadian land, as Atwood suggests.

Within these uncharted expanses of my intellectual development stands uncertainty, hic sunt dracones as the antiquated mapmaking adage goes. Microcosmically, I still question where the dividing lines of public intellectual, public celebrity, and academic fall within the confines of this Public Intellectuals course. Two minds assessed on this course, David Suzuki and Thomas King, for example, both produce work of a sophisticated caliber from within the space of the academy as a scientist and professor of English literature, respectively. However, as both engage in public lectures and debates, write short essays and articles, and produce works in a variety of mediums (i.e. short films published to YouTube), Suzuki and King demonstrate their prominence as public-facing intellectuals, as they “rely on their use of media to articulate a higher mode of thinking” (Deshaye 2020) while appealing to a broader scope of people, many of whom may not be academic. Suzuki and King’s use of various forms of media — from comedic radio broadcasts (King) and educational television programs for children (Suzuki) — further signifies their mutable identities, as such presences seem to connote the image of the celebrity, a word one tends to associate with “popular” figures like actors and musicians. The spaces between the categories of (public) intellectual, academic, and celebrity thus seem liminal. These ambiguous spaces allow the initiatives of these identities to collide and hybridize.

Yet is this uncertain, hybrid, fluid definition of what it means to be a public intellectual the ultimate learning outcome this course on Public Intellectuals intends for the student to achieve? Again, I return to Atwood’s question: “Where is here” in the context of my learning, publicly displayed on this blog, and in my relationship to the distinctly Canadian paradigm, the course emphasizes? Yet perhaps a better question, while retaining Atwood’s language, is: what is here? 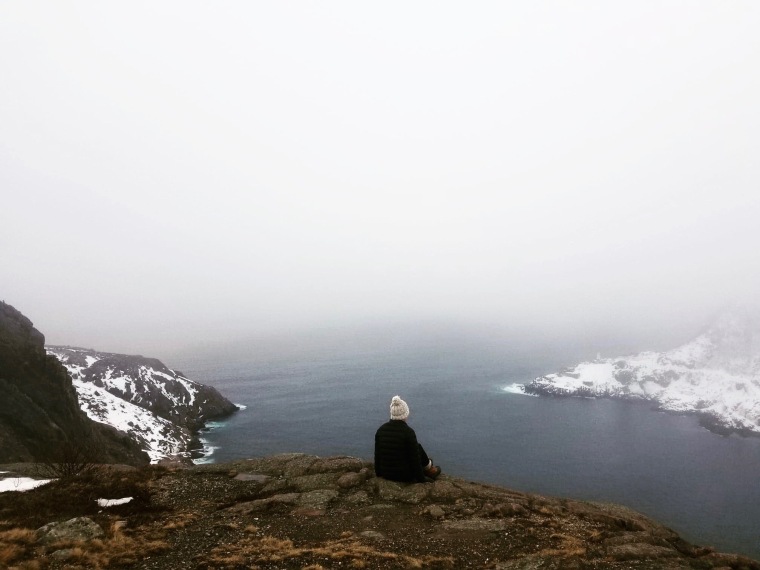 Like the sea I so often turn to in times of uncertainty or stress, I find that my conception of my own understanding of particular intellectual concepts eddies in the various pools of my mind. Perhaps this is the geography of my mind (Atwood 8-9): protean and changeable under the various tides that influence it. Perhaps the significance of this course exists on a more self-reflexive level, intending for the students to utilize their own liminal status as burgeoning academics to challenge stringent definitions of intellectual activities. Essentially, perhaps we as students serve as the most effective of public intellectuals, particularly when we engage in activities such as blogging academically-oriented topics.

In her essay “Situating the public social actions of blog posts”, Kathryn Grafton suggests that “an exigence of frequent self-expression drives the blogger to write about something, but not about anything: the ensuing post must be a fitting response to her ongoing performance of self” (91, emphasis retained). The academic/intellectual blog thus exemplifies the “ongoing performance of self” Grafton identifies for the student, becoming a means to grapple with one’s own ideas in real-time as well as invite their public — whether social, professional, or intellectual — into a dialogue about this performance of self as the developing intellect. This tenuous position as “thinkers in progress” signifies that a connection to a wider, less specialized public is still maintained. Perhaps this opens a critical channel of communication, in which students such as myself may link the seemingly esoteric, complex ideas produced within the academy with those outside it, articulating thoughts about such knowledge in an accessible way.

As an intellectually inclined blogger, a hopeful student, and a sometime writer, I continue to cultivate the various aspects of my style and interest as a response to the courses I participate in. Though my understanding of public intellectualism stems from personal doubt, I intend to remain cognizant of the unique position I occupy in virtue of my studies and appeal to broader publics on the digital platform of the blog and the “traditional” space of the written text.

Thus I turn to what is here, the space of my mind: uncertainty about my next steps after academia. A willingness to continue cultivating my ideas, intellectual or otherwise. An interest in engaging with Canadian narratives. How to forge connections between my academic background and a professional career. The sea, the sky, the land: their influence, their lessons.

“Here” is a multitudinous thing.